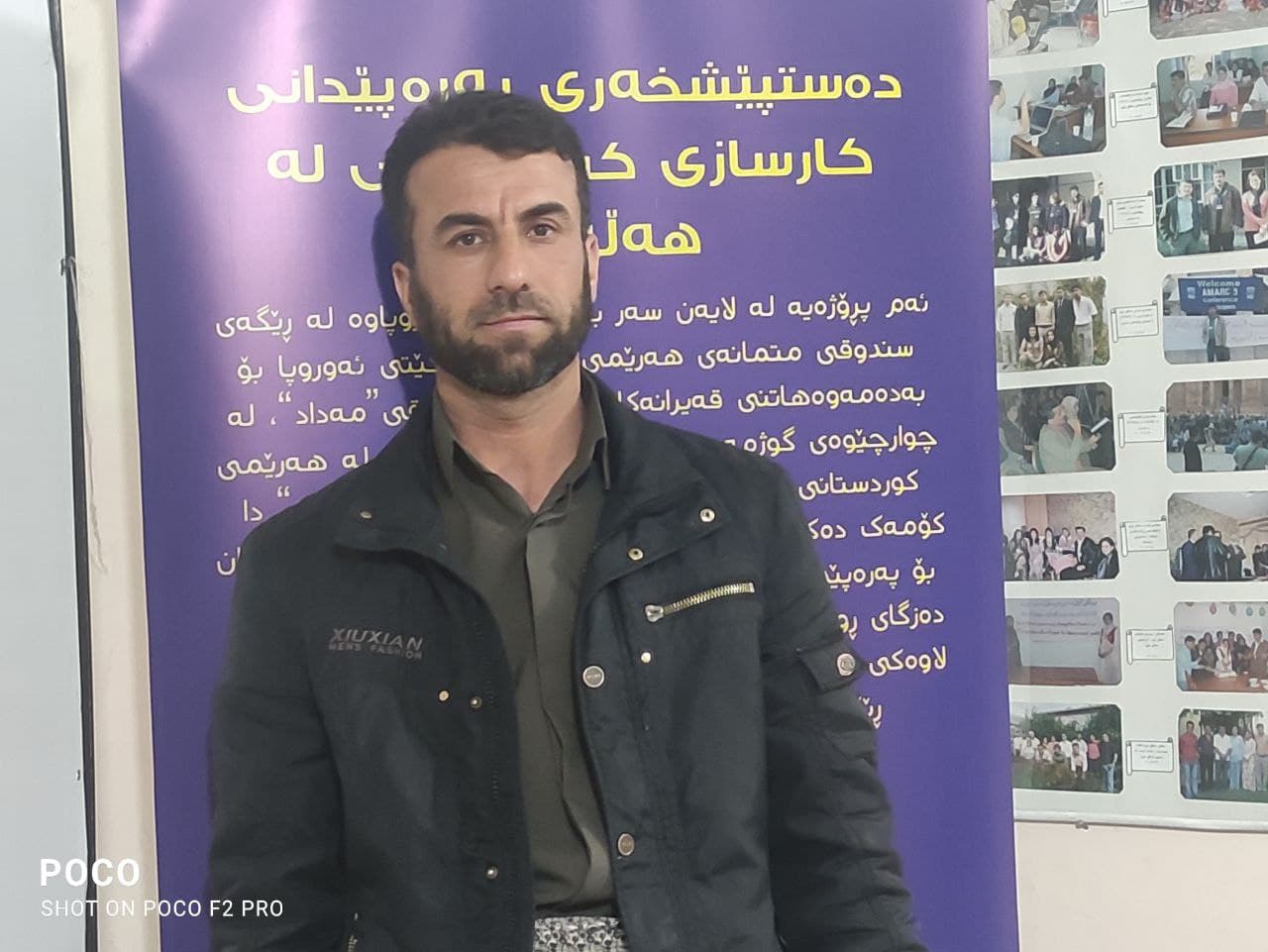 ‘’I got degree 83 in the scientific 12th stage, but because of poverty I couldn't go to university and continue my studies, which is always a concern for my heart. ‘’


Nawzad, 36, was born and raised in Halabja Governorate, the Kurdistan Region of Iraq, where the infamous massacre took place in 1988, and bombarded with a chemical attack.  Nawzad is finished primary, secondary and preparatory school successfully, and in (2007 – 2008) he got Sulaimanyah University entry (Accounting) department, but due to poverty, he couldn’t go and finish his study process, and also he has a high desire for English language. Nawzad got married on 2013, and he has three children and his wife is a housewife, none of them have their own jobs.

I have been working continuously to earn a living, and I have done a lot of work for getting a little of money. My recent job as a (worker) has been to work in the field of beekeeping and I have been able to gain good experience in this field, such as pollen capturing, adopting king bee, and getting royal jelly, so I was eager to become my own employer in this field.

Halabja, because it has a closed geographical area especially from the trade face has a very little job opportunities, and there are so many graduated and jobless persons.

Nawzad was unemployed and He applied for many jobs. His attempts were unsuccessful until November 15, 2020 when he filled a form from NEW organization Facebook page which was about being a beneficiary of this project. On December 20, 2020   he received a response from Nwe organization to participate from the trainings of how to write business and financial plans. And on January 10, 2021 he got the final response to his project which is (Nature beekeeping farming) be selected for getting the grant which was ($9000), and now he has his own business.   This project is supported by Rwanga foundation by the cooperation with UNDP and implemented by the NWE organization.

Developed By Plus the Edge