The ‘Refugee for Refugee Radio’ is a radically different community radio program where Syrian refugees, Internal Displaced Iraqi Arabs, Kurds and soon Yazidi’s discuss topics of interest, share vital information, as well as music that they enjoy: a program where young women learn how to be journalists and learn the technical aspects of radio.  The radio airs in the Sorani and Kurmanji Kurdish dialects as well as in Arabic.

Reports in the Media:

This project was launched by our organization in February 2016.  Since then it has found quick success. The ubiquity of radio in the area means that everyone is able to access the channel, especially people living in refugee camps where life is both boring and extremely stressful. Four refugee camps are located in reach of the radio station. 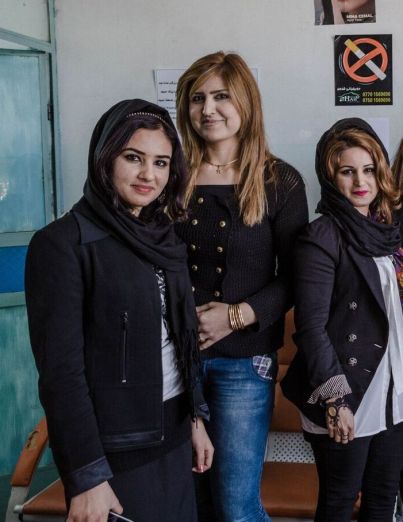 Hanin from Fallujah, Hiva from Kobani in Syria and Shadan from Halabja: The Team running the Refugee Radio

Community radio has provided an incredible outlet for the young journalists. Many are displaced from their families, but are excited to now have a career, and a chance to live life on their own terms; the break in family structure can ironically be a new lease on life.  All the young women are highly motivated to produce quality content and take their work seriously.

In October 2016 the Refugee for Refugee Radio Team was awarded the 2016 Raif Badawi prize for courageous journalists.

The award was named after the Saudi secular activist and blogger Raif Badawi, who was sentenced to 10 years in prison and 1,000 lashes because of his blogging. The International Media Alliance (IMA) launched the prize jointly with his wife, Ensaf Haidar, to honour journalists ” that under high personal efforts trigger societal debates”.

Another reality of Co-existance: 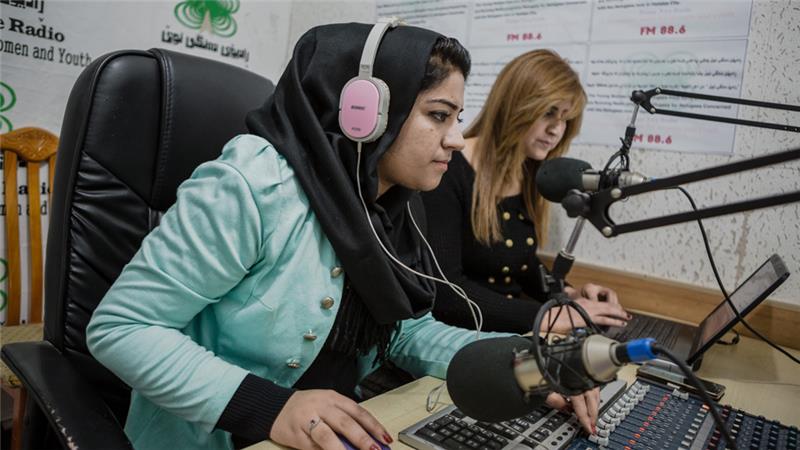 In the middle of all the turmoil in the Middle East these projects prove that  coexistence and cooperation are possible. Most of the women from Halabja now running the Center were once refugees and fled to Iran after Saddam has destroyed their city. “We know what it means to live in a camp”, explains Hero, a survivor of the chemical attacks. “We had no support back then and we would have loved to have place for ourselves. Therefore we are trying to welcome these other women and children who are now fleeing war and destruction with open arms.”

During the inauguration of the Refugee Radio Hanin was wearing Kurdish clothes expressing her thankfulness for their new hosts. This was widely recognized inside the Kurdish community, because various TV stations reported about this event. And even Al Jazeera Arabic made short clip about the new radio journalists at work:

This unique project was made possible with support of Wadi and some funds from the Green Cross Switzerland.